Glest is a free 3D real-time strategy game, where you control the armies of two different factions: Tech, which is mainly composed of warriors and mechanical devices, and Magic, that prefers mages and summoned creatures in the battlefield.

Glest is not just a game, but also an engine to make strategy games, based on XML and a set of tools. A few mods already exist.

Forums: The place to discuss about the game, report bugs, find help, or check out the contents other people made for the game.

Wiki: Contains lot of documentation about the game, especially useful for modding.

We have received a few awards, such as Sony PlayStation ArtFutura, Mundos Digitales, Ytanium Game of the Year and others. 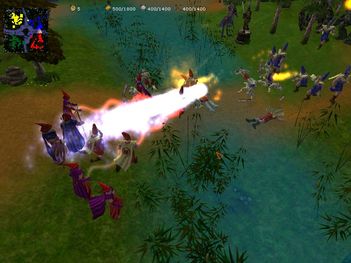